I got this info from ign:

What we understand of the system is very much in line with our guesstimates from yesterday. The new design has all of the same features of the current system, including WiFi, Bluetooth and whatnot. Our guys at the show say that it looks pretty much exactly the same as the current model, only smaller. It's 34 percent lighter, draws 34 percent less power and, most importantly, comes with a 120GB hard drive.

Oh, and as a bonus, the current system is dropping to $299 as of tomorrow (so don't buy one today). 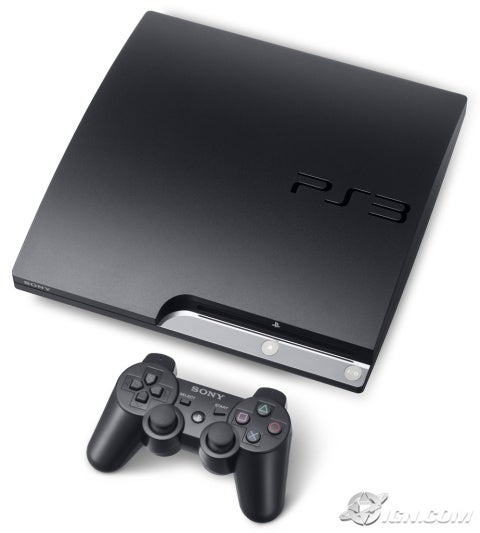 The system measures 290 mm by 65 mm by 290 mm in terms of width, height and length, respectively, and includes a couple of new features. If you connect the unit to a Bravia TV via an HDMI cable, you'll be able to operate the XMB via your TV remote control. This feature is called Bravia Sync, and it also means that when you turn your TV off, the PS3 will automatically turn off as well. The PS3 also eliminated the “Install Other OS” feature that was on the previous run of PS3s.

The details were, err, slim from the show, but we'll update as soon as we have more information. For now, check out the gallery for more shots of the system.